Pioneer of Tank Destroyer
The M18 Hellcat was an American tank destroyer developed to counter the German Army tanks, and it featured an open top design turret and powerful 76mm gun, plus a main gun breech rotated 45 degrees around the gun barrel to save space in the turret interior. It had a compact, lightweight hull, automatic transmission and the first torsion bar suspension seen on U.S. armor. Its radial 9-cylinder engine at the hull rear was capable of 80km/h maximum speed which was the highest speed among tracked vehicles during WWII. The production started in July, 1943 and the Hellcat was in service for the first time at the Italian Front in 1944. After that, this tank destroyer was deployed in the North-Western European and Pacific War theaters, notably besting the German Army tanks with super performance and firepower based on hit-and-run tactics. The Hellcat contributed to U.S. victory as a pioneer of tank destroyers. 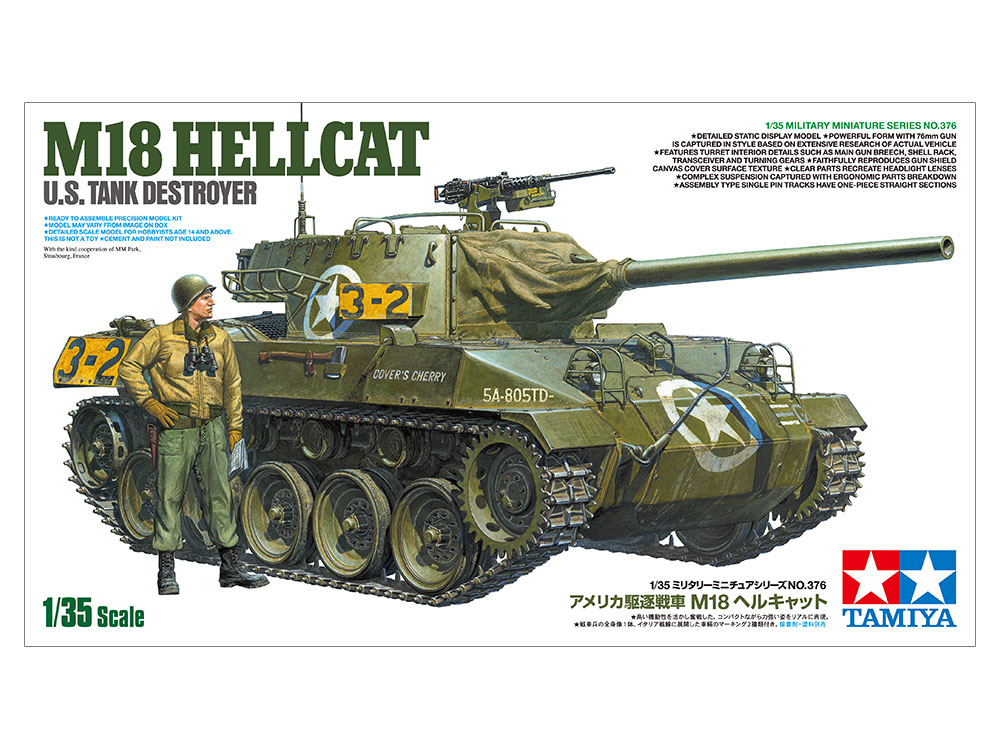 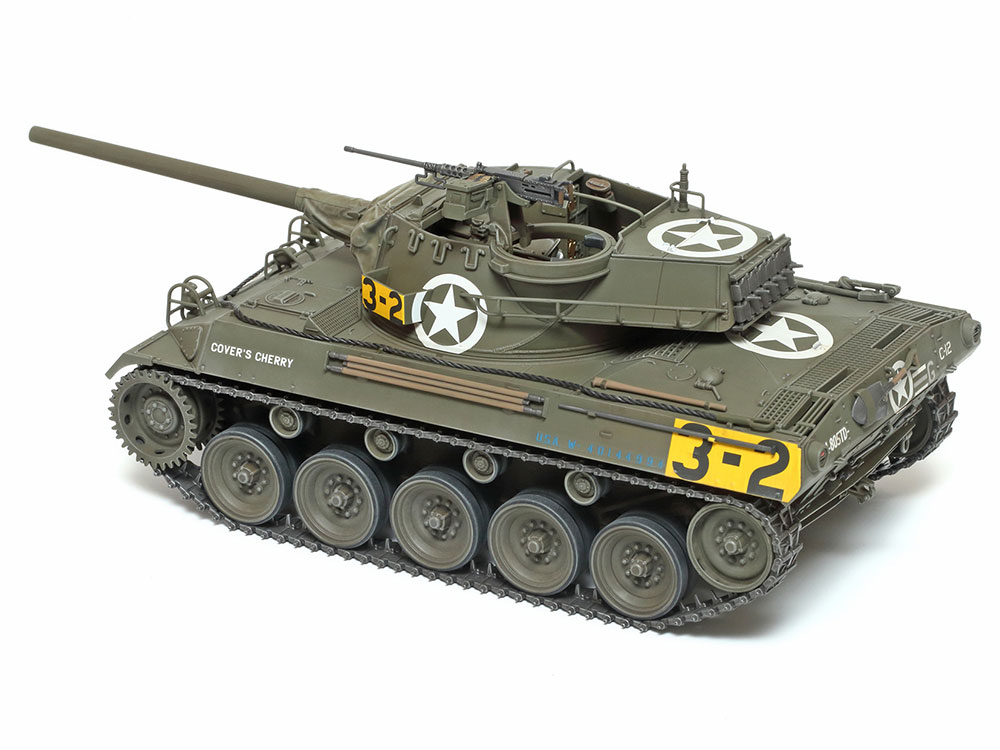 ★The compact, yet powerful form of the M18 is captured in style, and the modeler can choose between the two marking options in the box. 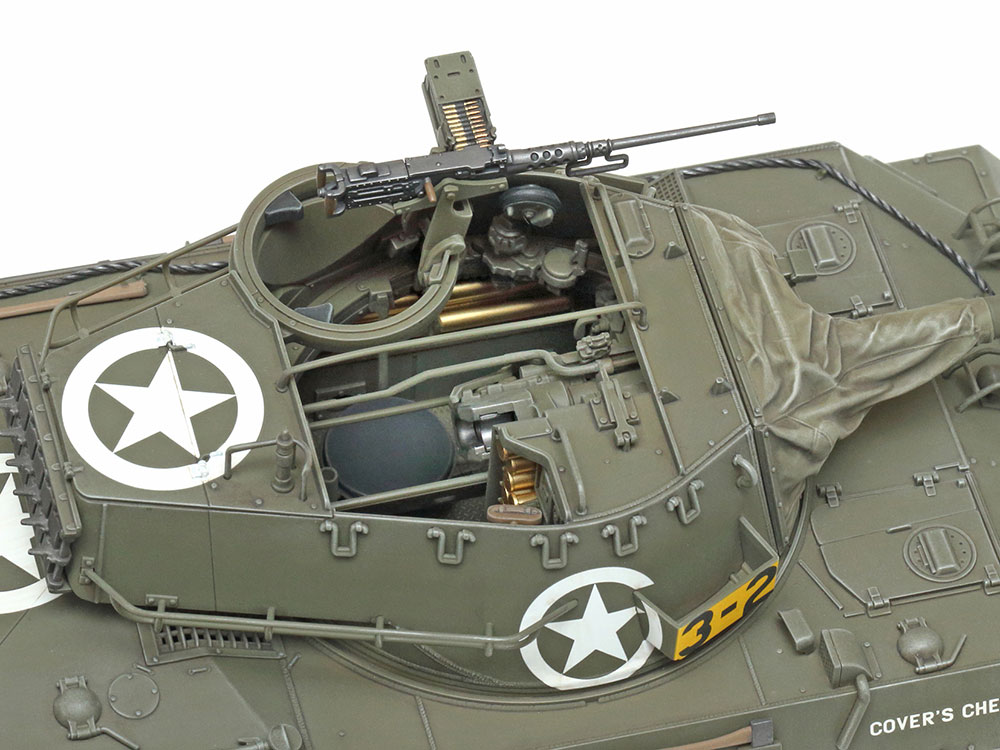 ★An open top shows off plenty of interior detail, with various accessories on display, plus a crisp rendition of the M2 heavy machine gun.

★A closer look shows the 45-degree breech angle (for greater crew space), detailed shell racks, crew positions and much more to drink in. 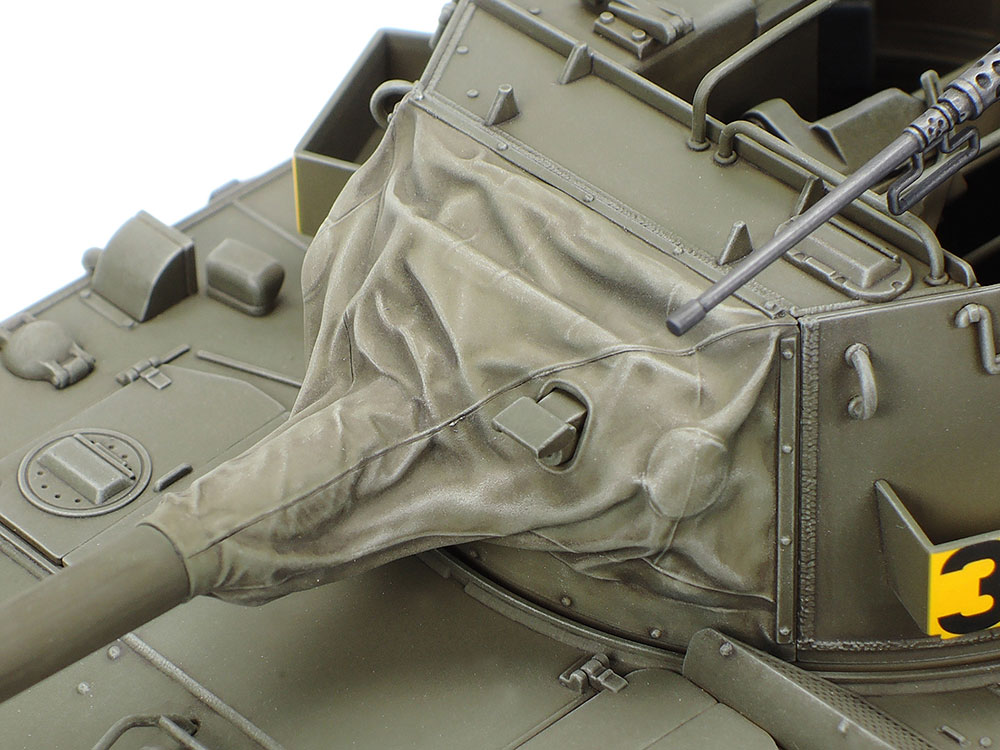 ★The latest 3D scanning techniques were employed in this artful rendition of the gun shield cover, complete with fabric seams and creases. 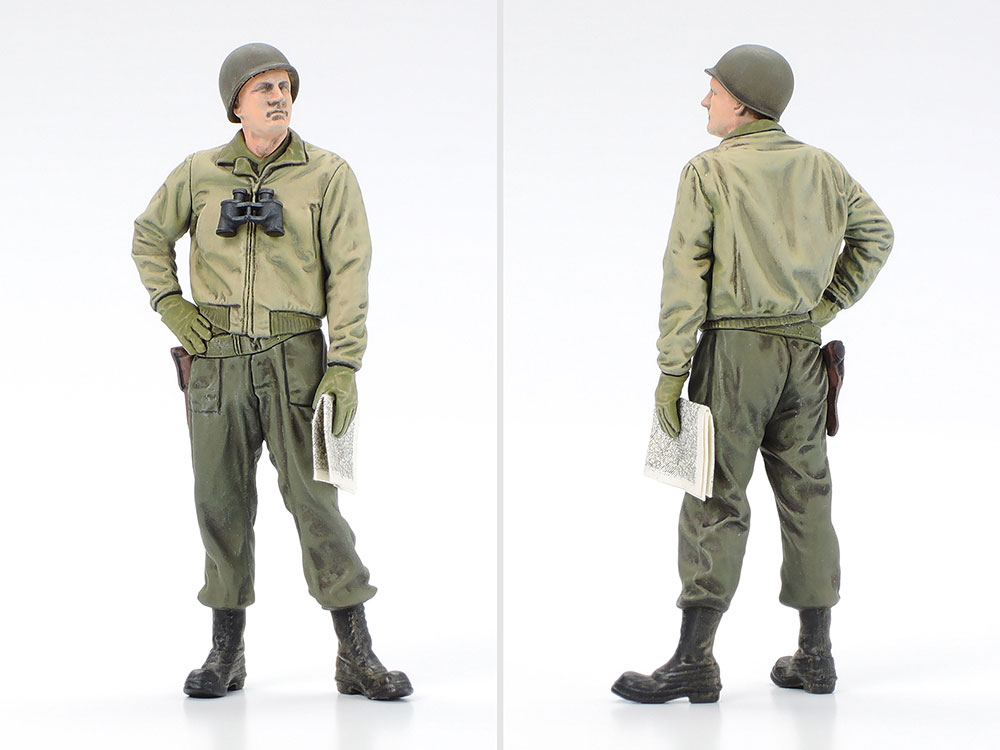 ★Also included in the box is this highly realistic commander figure, captured with on hand on his hip and the other holding onto a map.

★Plenty of accessories are on hand to add further detail, including 76mm shells and charges, plus ammunition cases for the 12.7mm machine gun. 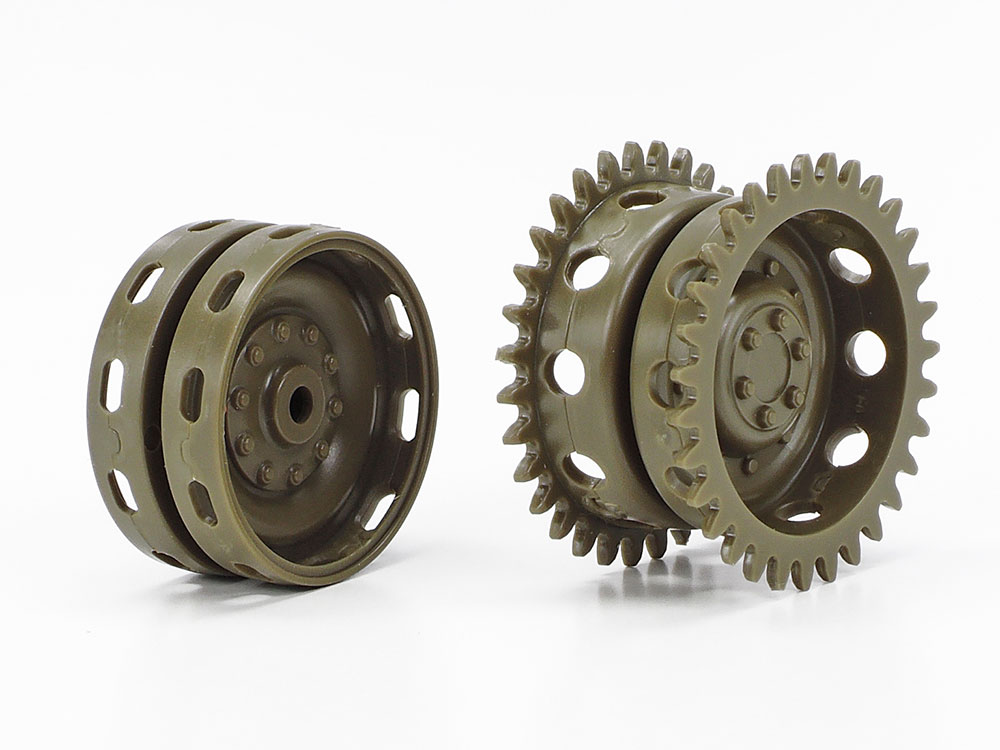 ★Left: Authentic depictions of the tracks are an assembly-type design with one-piece straight sections, featuring plenty of detail.
★Right: Recreations of idler wheels and drive sprockets feature depictions of the distinctive holes in their rim sections. 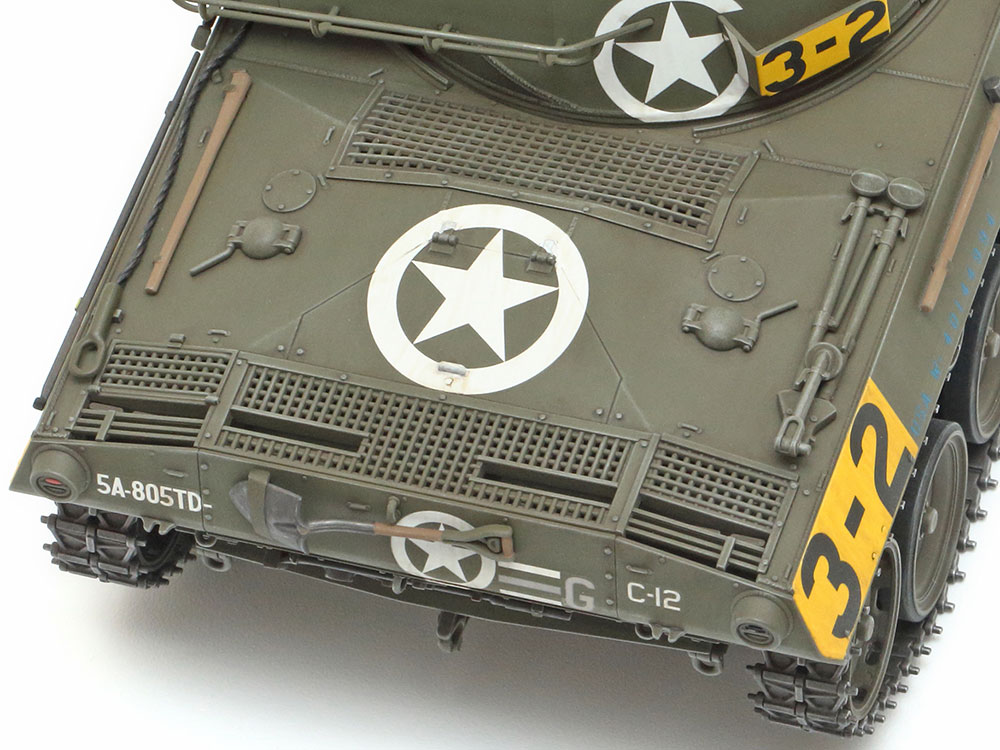 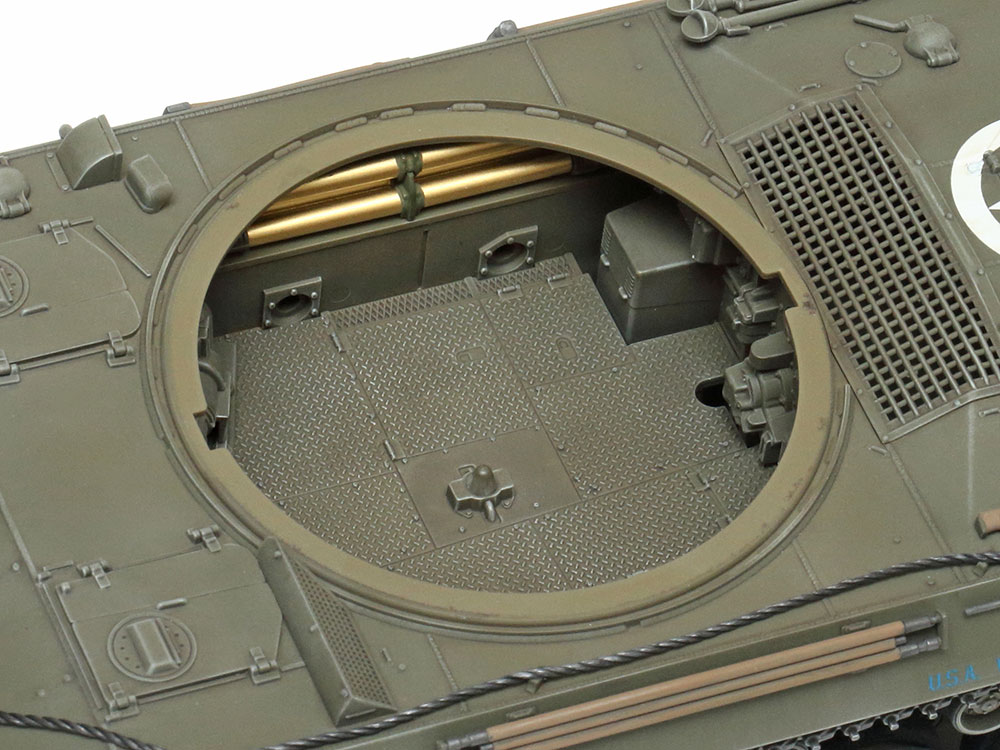 ★Left: A separate component is used to recreate the hull-top air intake grille, capturing the mesh pattern with great clarity.
★Right: Detail continues deep inside, with renderings of the floor surface and bulkhead. Ammo racks in the sponsons are separate parts.